In the early hours of 13th July 2011 what started out as just another night of holiday fun for a bunch of close friends from Tadley, turned to terror.

Out of the Blue the families of these boys slowly discovered what had happened. Robert Sebbage had been stabbed to death and good friends Jordan Manson, Steven Granston, Callum Lane and Sam Champion also received stab wounds in the incident that resulted in them having to spend time in hospital in Zante.

The whole incident came as a complete shock not only to the families of the five boys involved, but also to the wider community of Tadley. With the memorable photograph of a young Robert standing next to David Beckham appearing on both national and local television news and in all the newspapers, the impact of Robert’s death and the outpouring of grief was felt all over the country.

Robert was a well-known boy who attended local schools and played for the Tadley Calleva youth football club. His popularity was evident from the thousands of messages posted to a Facebook page that was set up in his memory. This quote sums up perfectly what people said, “Robert lived life to the full, always made the best of every situation and inspired others. His smile will live with us forever”.

From this tragic event, the Out of the Blue fund was formed to seek justice for Robert and his friends.

where are we now

The overwhelming support and generosity shown by the Tadley community and the family and friends of those affected has allowed the Out of the Blue Appeal Fund to support the families through the grueling ordeal of a criminal trial in Greece.

The result of this trial was not accepted by the Greek Prosecutor’s office and, prompted by Greek public opinion that the verdict was not severe enough this office has decided to pursue a Retrial. To be clear, this is NOT due to any appeal from the families of Robert and his friends and thus, the decision to have a second trial is entirely in Greek hands.

The Out of the Blue Appeal Fund is continuing to raise monies to support the pursuit of Justice for Robert Sebbage and the other boys affected. The money being raised will again help cover the costs of legal representation and the costs involved in attending the trial out in Greece.

how the money will be spent

What Are We Trying to Achieve?

Out of the Blue is seeking justice for Robert and his friends.

Before the boys went away on holiday, the families did what they believed to be right by ensuring that all of the boys had sufficient holiday insurance cover. This did help to bring the boys home and to provide funds to pursue a civil claim. However, what we have now found out is that it does not cover any costs associated with the pursuit for justice in a criminal case. These costs can run into tens of thousands of pounds.

Everyone assumes that when something happens to you abroad your Government looks after you. But all of the families feel frustrated and as though they have been abandoned by a system that is tied up in bureaucracy and red tape and that there is no one who is able to help in the fight to get justice for Robert and the other boys involved.

Click here to view a copy of the Out of the Blue constitution.

We would like to thank everyone for their help and support for organising, planning and getting involved in these fund raising events.

Please come back on a regular basis or follow us on twitter or Facebook to keep up to date with the Out of the Blue events.

Hopefully you've all been kept up to date with our progress by media coverage and our updates on Facebook and Twitter. We are now in the final run up to the retrial of Stelios Morfis in Greece. To reiterate, the Sebbage family and other families affected are not returning to Greece out of choice - the Greek Prosecutor has decided to retry the case in an attempt to increase the severity of the verdict and ultimately the length of his prison sentence. We have been strongly advised to participate in this process to ensure it achieves it's intended result.

The retrial commences on Wednesday 11th June and we will be fundraising right up until the very end to ensure we can cover the legal costs incurred as well as the expenses.

The Sebbage Family and the Out of the Blue Appeal Fund thank you for your amazing support so far and hope that we can continue to count on it through this last difficult stage. 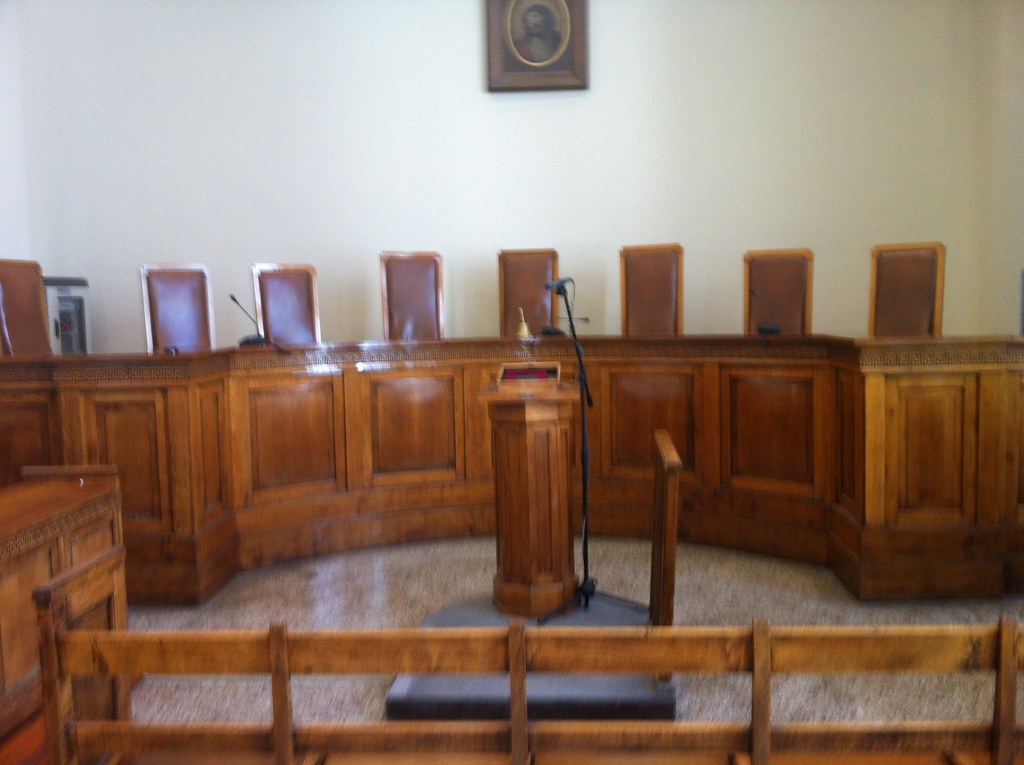 The retrial of Stelios Morfis came to a conclusion on the 8th July 2014 in Patras, Greece.

The initial verdict from September 2012 which found Morfis guilty of the 'Unintentional Manslaughter' of Robert Sebbage has been overturned. A new verdict of Murder in the third degree has been concluded by the Superior Court of Appeals in Patras and the sentence has been increased to 16 years and 4 months.

For the murder of Robert Sebbage the sentence imposed was 12 years; however it should be noted that two of the three Appellate judges strongly recommended a penalty of 18 years for this crime.

For the assaults on Jordan Manson, Sam Champion, Steven Granston and Callum Lane a penalty of 20 months for each stabbing was imposed and a further penalty of 2 years for carrying and using a deadly weapon was also applied. The penalties for these further charges will be served, in part, concurrently resulting in a final punitive sentence of 16 years and 4 months.

The family of Robert Sebbage would like to express their deep gratitude for the continued support of their family, friends and the wider community.

"We are extremely relieved that the Superior Court of Appeals has increased the severity of the punishment imposed on Stelios Morfis and that he has been accurately represented in court as a murderer. However, we are forever conscious that no penalty will ever be enough to ease the pain of losing our beloved son and brother. We would like to thank our very dedicated legal team in Greece and our Greek interpreter, as well as our many wonderful family members and friends who have supported us through the last difficult three years.

We would now appreciate some time and privacy as a family to reflect on this painful experience, and finally move on with our grief.